Channy Soeur, Founder and Board Chairman of CAS Consulting.
April 09, 2019
With pure grit and a penchant for excellence, CAS Consulting and Services has grown from a small business into a premier civil engineering consulting firm since its incorporation in 1999. Founder Channy Soeur helmed the rise of this thriving business, which began in Austin and has opened offices in San Antonio, Dallas, Atlanta and San Francisco. Channy has led CAS Consulting for 17 years.
After emigrating from Cambodia, Channy found his passion for engineering after making the United States his new home. When he moved to Austin in 1977, he discovered a vibrant economy and culture within Texas that was ripe for new entrepreneurs. Inspired by a vision of providing the best civil engineering services to the local community, he was motivated to build CAS Consulting in Austin.

"Of all the cities I've traveled to, Austin has a unique value. From the friendly people to the strong educational institutions, the city is a booming environment," Channy said.

Austin's business growth opportunities were abundant, which, in turn, led to an increased demand for professional engineering services thus opening doors for CAS Consulting. The influx of business expansion was accompanied by higher usage of public utilities such as water treatment and airports. Channy’s three major goals for his company began with providing top-quality civil engineering services to Austin. While building the reputation of CAS Consulting, Channy's priorities soon shifted to his second goal of assessing the market and identifying niche services to fulfill needs. CAS Consulting was proud to build in their Austin community with services such as water quality monitoring and waste water system management. This enabled Channy to accomplish project expansions into new areas, such as transportation, construction and contract management.
Channy is the first to admit that, for its success, CAS Consulting is equally indebted to his longtime business partner, George Chang. In fact, seeking collaborations with other individuals who can introduce a new skill set into the mix is one of his three chief rules for aspiring entrepreneurs.
Channy notes one of their key partnerships was with experienced bankers, Jon Eckert and Mark Ruether with The Bank of Austin. Jon and Mark's financial acumen and passion for helping to grow and develop businesses made them some of Channy's most trusted advisers and partners. In recognizing Channy's well-established business success, Mark credits Channy's outstanding reputation in the local community to his inspiring character of success.

"I have been calling on Channy and his company, CAS Consulting, for over five years ... He is very well-regarded not only in Austin's Asian-American community but also in the Austin engineering community," Mark said.

"Organizations and individuals alike envy his success and the success of his company. Once I started working at The Bank of Austin, I knew that our bank would be a great fit as I would now be able to provide a unique and personalized experience that Channy and his company deserved."
The path to success was not always a straight line for CAS Consulting, and Channy notes that the company surmounted several obstacles over the years.

"Great partnership is a two-way street. One must first produce in order to gain skills and value from another party," Channy said.

One of the company's biggest challenges involved its rapid expansion as taking on new contracts and establishing roots in different cities required tremendous upfront investment. In particular, the high cost of salaries for hiring new employees and purchasing new equipment placed a tremendous capital strain on CAS Consulting. Fortunately, Channy and CAS Consulting were able to overcome this challenge with the assistance and financial partnership with The Bank of Austin.

Channy appreciated that Mark and other members of The Bank of Austin team sought to understand his business complexities and opportunities. Meanwhile, Mark attributed Channy's extensive expertise in the industry for the latter's ability to anticipate future market opportunities and position his company to seize on those opportunities. "This gives him a competitive advantage when it comes to winning business and subsequently recruiting top talent as the company's reputation is second to none. Additionally, having the resources of experienced bankers at The Bank of Austin, who not only act as trusted advisors and strategic partners but who also provide customized and creative financial solutions, has assisted with the unprecedented growth of CAS Consulting," Mark said.
Channy continues to share a vision for the next generation of Austin's business owners to keep building upon the city's strong business climate.

"Establishing a strong relationship with The Bank of Austin has been a tremendous value to our business," Channy said.

As a trailblazer and cornerstone of the local community, partnerships such as Mark and Channy’s represent how a strategic alliance can help create a successful business trajectory. 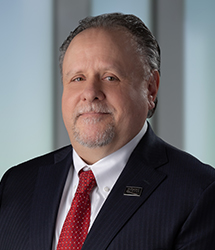 Looking to build or expand your business? Contact to Mark Ruether, SVP of Business Banking, today discuss options available to you.